Members of the Port School Board

Anne is a former teacher and principal with over 30 years of experience in Early Childhood, Primary and Secondary Education in both State Government and Independent Schools. She has been a Head of School/Principal at Great Southern Grammar and Wesley College in South Perth and Treasurer of the Junior School Heads Association WA.
Anne runs her own art studio and an education consultancy business conducting cultural audits, strategic planning, leadership coaching, mentoring and change management services for independent schools including Scotch College, Guildford Grammar School and Wesley College. She was employed by Port School as an education consultant in 2009 and later became a volunteer board director at the School. Anne has been Board Chair of Port School since 2014.

Craig is a Graduate of Murdoch University and has always been passionate about helping people. As a Police Officer in the WA Police Force for 21 years, he pursued this passion and assisted countless people all over WA.
Initially a friend of Port School assisting and supporting the School community in a variety of ways, Craig joined the Board in 2006, and later took on the role of Deputy Chair. Craig is Port School’s longest serving Board Member.
He is also a member of the governing board of Inspired Minds, an organisation actively supporting the development of Functional Neuroscience.

Richard is a former Director General of the Western Australian Department of Indigenous Affairs and Commissioner for Aboriginal Affairs Planning. He has extensive experience and high level networks developed from a 40-year professional career in government, human service practice, policy development and administration. He retired from government service in 2005. Richard’s experience also includes 35 years’ board management as a director/president of a number of leading not-for-profit service agencies.
Richard retired in 2018 after 13 years as the Principal of Richard Curry Consulting Pty Ltd, a specialist organisational development consultancy to the not-for-profit and government sectors. He is currently a volunteer board director, trustee and president to not-for-profit organisations and joined the Port School Board in 2018.

Eric, ex Canadian, arrived in Australia in 1971 and worked in finance positions with The Jacaranda Press [Brisbane] and the Perth Institute of Film and Television [PIFT]. He was a TAFE lecturer in Brisbane, and then worked his way into the film industry as a Production Accountant in Perth, Brisbane and the Gold Coast. Returning to Perth in 2000 at the time of the introduction of the GST, he became a registered BAS Agent and built up a private practice of clients, mainly in the Arts sector. In 2003 he became the part time Finance Officer at Port School, until his retirement in 2022. Eric has previously been on the Boards of PIFT, the Perth Institute of Contemporary Arts, Art on the Move, and the Australian Writer’s Guild. He  joined the Port School Board in March 2022.

Ron is Deputy Director of the Association of Independent Schools of Western Australia (AISWA). He has extensive experience in teaching and leading a diversity of schools in WA and Victoria. Ron manages innovative programs and university partnerships for AISWA. He has made outstanding contributions to the study and practice of educational leadership at state, national and international levels and has presented widely on innovation, learning and school reform. He has edited and contributed to numerous publications.
Ron was recently awarded the 2019 Pre-Eminent Leader of WA by the Australian Council of Educational Leadership as well as being awarded a National Fellowship. He is a member of the Global Educators Leaders Partnership.

Serena was an early graduate of Port School, finishing year 12 in 1993 when the the school was based in the west end of Fremantle.
She started an Arts degree at Murdoch Uni, but soon found herself travelling and living around Australia and New Zealand instead, and working casual service jobs.
Over a decade later,  Serena resumed her studies and went on to study law. She is now practising law in the community legal sector and is excited to be supporting Port School’s aims. 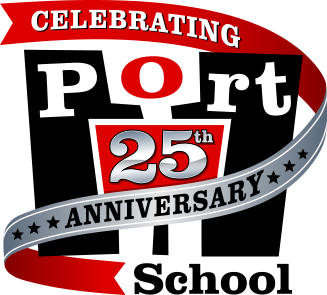